T-Mobile Arena, also known as the Vegas Golden Knights Fortress, is a multi-purpose indoor arena.  The Arena opened in April of 2016 as a joint venture between MGM Resorts International and Anshutz Entertainment Group.  When not in use for VGK games it serves as a concert, professional boxing, mixed martial arts (UFC), and other annual sporting events.

The entrance to T-Mobile is surrounded by dining and retail space from New York-New York and The Park MGM casino hotels.  The Vegas Golden Knights Band marches through this alley before the start of the game as a way of letting patrons know the game is about to begin.

Depending on the event being hosted there are different max capacities: 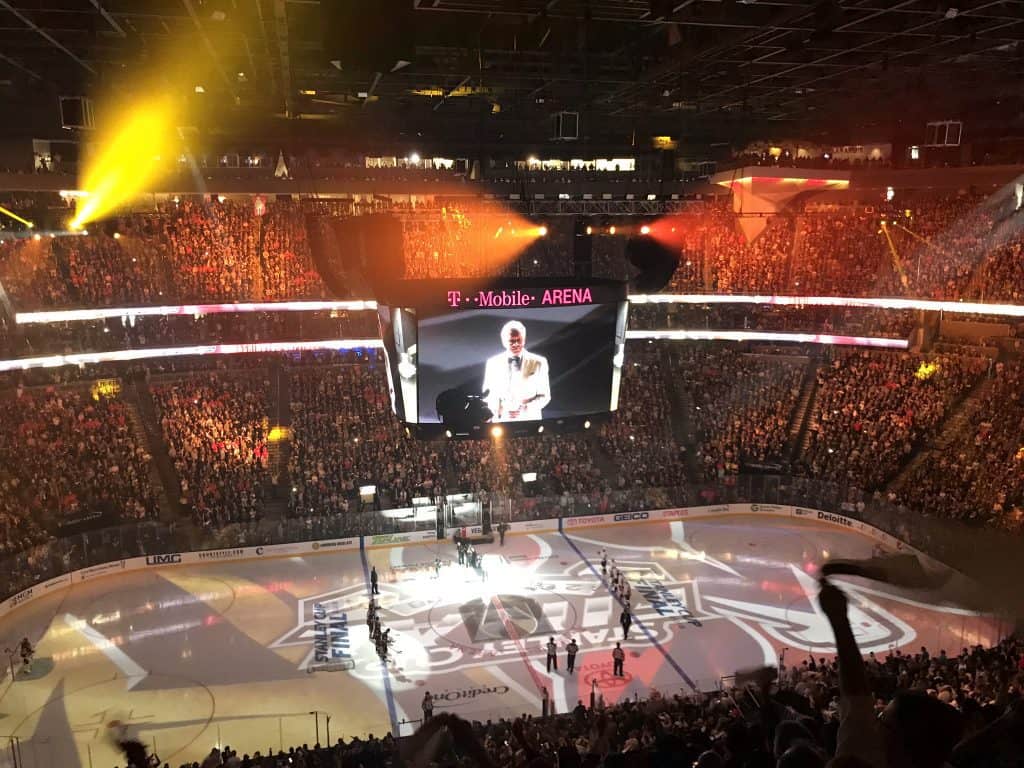 T-Mobile sits on about 16 acres of prime strip real estate.  Located between New York-New York and The Park MGM.  With the successful launch of the NHL in Las Vegas and proof that the valley can support a professional sports team, the new Raiders stadium is under construction about a block away on the other side of Interstate 15.

The arena has also hosted the Academy of Country Music Awards, the Billboard Music Awards, the iHeartRadio Music Festival, the Latin Grammy’s, the Miss USA beauty pageant, and WWE professional wrestling events.  It really is a state of the art facility that has the flexibility to comfortably support all 20,000 fans.  Access can’t be easier located in the middle of the strip.  The T-Mobile arena also has one of the most advanced ice rinks in the country.  Something you definitely have to have in the middle of the desert.  The NHL has strict standards on what they consider playable ice.

>> THIS WAY TO THE NEON MUSEUM